It’s 2021 and GB Studio is getting a major overhaul to support many things such as native metasprites, hUGETracker integration, voice samples, parallax, a better UI, fonts and more. With all these new features on the horizon, I reflected on the changes that GB Studio has gone through over the years.

I decided to boot up an old version of GB Studio 1.0, the original. This version lacks many of the features that we use nowadays, so it might be painful for anyone that’s been using newer versions such as 2.0 or even 1.2.1.

I wanted to see what changed for the better (or for the worse).

GB Studio 1.0 greets you with this rather simple dashboard window. You have two option tabs here, New and Open (both infer projects). I don’t have an existing 1.0 compatible project, so I’m going to make a new, empty one.

One of the first things you might notice is the UI. It looks very similar to GB Studio 2.0 beta5, but there are are noticeable differences. For example, there’s no dark mode, this white theme is all you get (ouch, my eyes). This version also lacks a sidebar, you can’t resize the properties and events bar, and there’s no color button (of course).

Now that we know what we can do with this version, let’s do something with it! Here’s a small test scene I made:

I ran into a few problems while making this:

This version lacks many of the events that we are used to utilizing in our games such as Math Functions. You have to increase and decrease variables one at a time, which makes things far more complicated than they should be. If you want to increase a variable by 7, you gotta have seven “Increase Variable By 1” events, and that’s a messy solution.

One thing that I noticed is how variables work in 1.0, they were less useful than they are today. You can’t use variables in dialogues, which makes debugging harder since it’s hard to confirm if a script is running as intended. You also can’t make a proper money system, since you can’t display money – not even with actors. Remember when I said there’s no Math Functions?

Veteran GB Studio users might remember this one: no built-in dialogue avatar system. Instead, you had to modify the ascii file and draw the character portraits there. You’d then have to type the weird characters for the dialogue box to display them. It wasn’t perfect, the portraits would get displayed with the text moving across the dialogue box, but it worked.

Yes, you read that right, a JRPG engine that doesn’t have a saving or loading feature. You couldn’t use the internal SRAM / battery from your flashcard to save a game, it was useless. Want to make a big RPG? Nope, that game would need a saving system, which 1.0 didn’t have.

Going back really makes you appreciate how far GB Studio has come along since its first iteration. Having open source development has allowed for the community to contribute real, significant changes to the platform. These initiatives have incorporated many functions that allow the amazing games being released to be made.

Looking back, it’s also inspiring to look forward to what comes next. The development team has indicated that version 2.0 won’t leave Beta as the changes in the backend are so significant they will jump right to 3.0, and I can’t wait until it’s out. 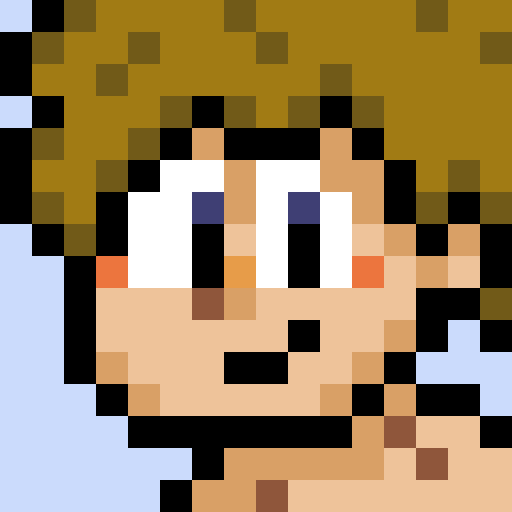