One of the most exciting features of GB Studio’s 2.0 release (still in beta as of the time of writing this article) is the new “Game Types”. While GB Studio was originally developed to create Top Down style gameplay experiences akin to many JRPG games, the fact that there was a “Style” dropdown within the Scene sidebar was teasing many developers of what could be coming. When 2.0 was announced, features like color support and larger scenes were definitely exciting, but the new game styles are what motivated many developers to push forward and see what was capable with the software.

GrafxKid’s Cherry Rescue! is one example of what can be created using the “Platformer” game style. A relatively simple side-scroller, it shows lots of potential for what games can be made with the new backend. There are six levels in total that offer standard platforming fare: obstacles to jump over, enemies that patrol the area and ladders to climb and navigate. Each level has its own theme that explores several classic gaming tropes (woodlands, building sites, caves, castles, etc.) and the platforming challenge and enemy layout is just enough to keep you engaged without being overwhelming or too easy.

The fact that the game was made so early into the beta’s existence means there certainly are some features that are a bit frustrating for the modern gameplay experience. Fail a jump or collide with an enemy and you are warped back to the beginning of the level (no checkpoints except for in the last level). The movement and momentum was also built when there was no easy way to tweak these parts of the engine, so the feel is a bit loose, although it does seem better when played on real hardware. GrafxKid acknowledges this shortcoming in the notes on the game’s release page.

What this game lacks in depth and length it more than compensates with its presentation and charm. Cherry Rescue! is filled with striking pixel art in both the sprites and backgrounds. The levels are all a pleasure to traverse and behold, and there are some great cutscenes to enjoy while playing. The main character, Barry (the Cherry, get it?) is designed so well, it stands out against some of Nintendo’s main franchises, and I hope to see more of this character in future games. Every aspect of the game was built with care and love and it shows throughout. 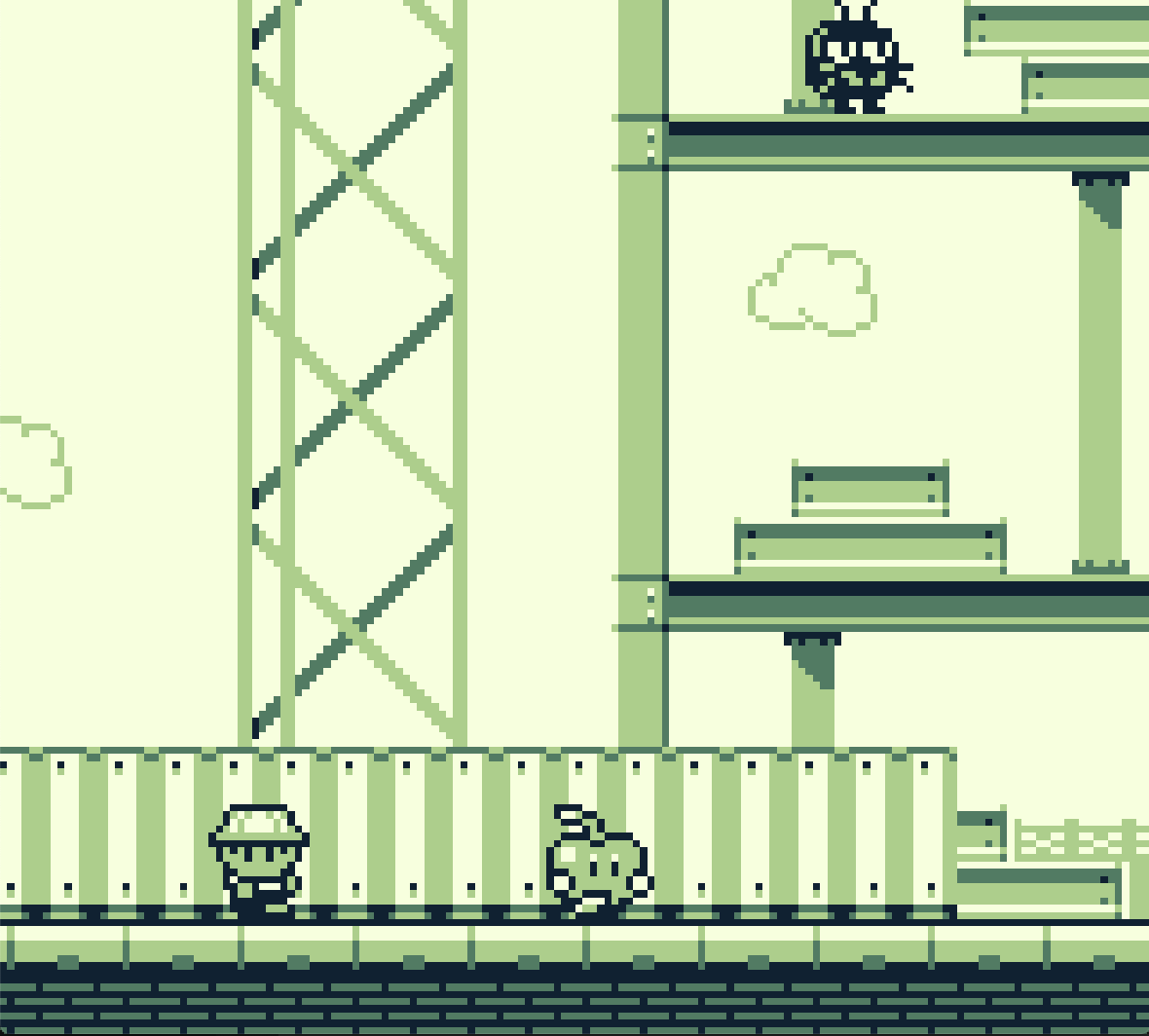 What’s most exciting about Cherry Rescue!, is that it shows the potential of what GB Studio can produce. With well designed levels, good art, and great music, even the simplest of games can be engaging and fun to play. Many aspects of the platforming engine have been reworked in GB Studio’s beta, with easier ways to manipulate the movement and physics both globally and momentarily within the game. It excites me to see this put in action to create a complete game, and I can’t wait for what the future holds for the platform (pun intended).

Also, be on the lookout for an interview with GrafxKid in the future. Sign up for our Newsletter and never miss an article!