Translate your games with GlyphBoy Swap

Imagine you’re making your own game, or translating someone else’s game, but you encounter a problem… The language you’re translating that game into does not use the Latin alphabet! How can you translate your game then? Is your translation doomed to not happen? Thankfully, there’s a simple solution! 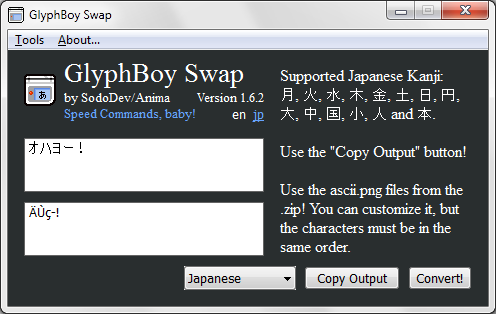 GlyphBoy Swap converts your Japanese, Chinese (Zhuyin), Greek, Russian and Ainu text into GB Studio compatible glyphs! So how does it work?

If you’ve worked on a GB Studio game before, you may have noticed the ASCII file has a lot of strange characters that most people won’t use.

You can modify this ASCII file and replace the strange characters with something else, you just have to ensure that those characters are referenced correctly in your text boxes in GB Studio. It’s pretty simple.

I saw an online Japanese tool that converted Hiragana into GB Studio text. However, it only used one of the two sets of characters required in Japanese for basic reading, Hiragana or Katakana. This tool only used the bottom rows of the ASCII file. I felt like I could do better than just one set, so I started developing Kana 2 GB Studio, a tool that converted both sets into GB Studio text.

The project has grown since then, and it now supports 7 scripts from 5 different languages, hence the change in name to GlyphBoy Swap. It also has a tool for multi-line Japanese text, just like in the Pokémon games. 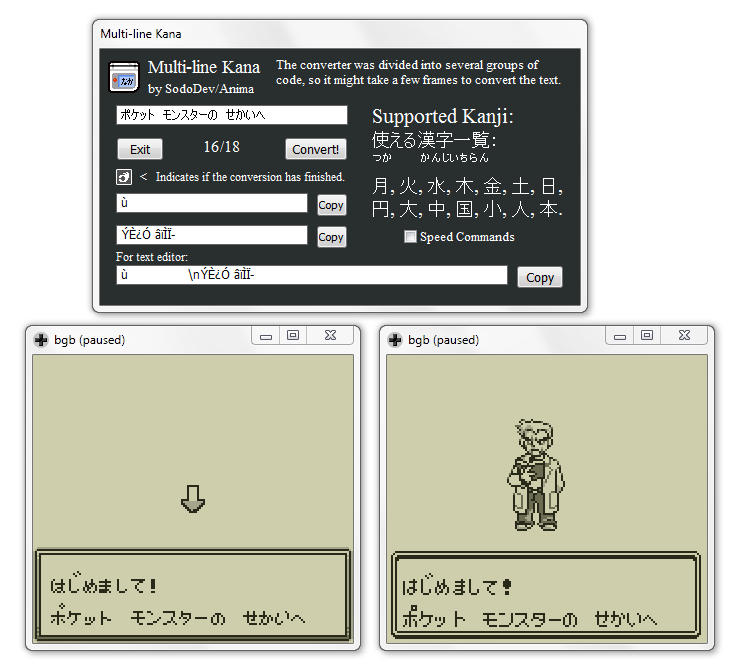 You can download this tool by clicking here. To use it, open the only exe file in the zip and use one of the ASCII files. If you like the tool, please leave a comment. It’s much appreciated!

Editor’s Note: This GlyphBoy Swap is an amazing tool in how it works. Not only does it take the characters inputted and exports an updated ASCII file that has the characters embedded, ready to use in your game, but it also provides the unicode text pointers that are required to have GB Studio access those characters correctly. The copy output button is what copies these special codes to your clipboard ready to be pasted into a GB Studio Dialogue Box. ASCII tiles can also be used to show avatars or even emotes in your in game text boxes if you edit the file. Those special characters should not be underestimated.